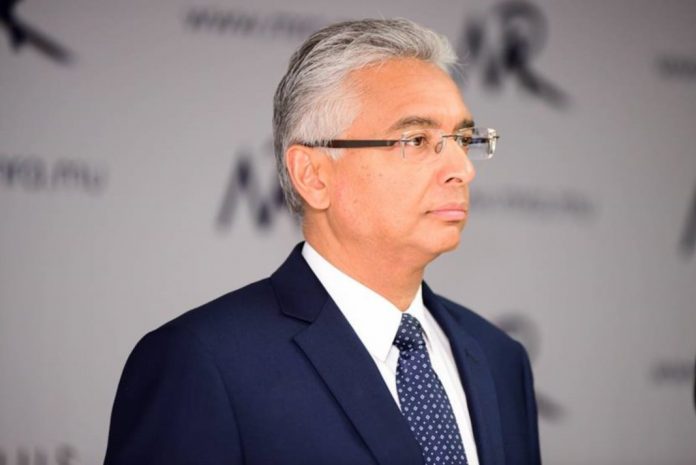 The budget speech is mere repetitions of previous budget speeches “du réchauffé et du déjà entendu”, with beaucoup “d’effets d’annonces”, but rebranded under new labels just as it was at with the frequently repeated rhetoric slogan “HUB“. This again confirms that the present Government falls short of concrete proposals because it is surrounded by a number of “gopia advisers” paid from tax payers’ money.

The lion’s share of the budget has been allocated to infrastructural development. Excluding other investments in infrastructural developments, the Budget FY 2017/18 provided for a sum of Rs 3.2 billion (PSIP Code 8-103 under Item “Road Construction & Maintenance”), but revised downward to Rs 1.6 billion. Under the same item, an amount to the tune of Rs 2.9 billion has been provided for FY 2018-2019. Let us hope the funds committed will not be underutilized. Let us hope also that the right balance will be struck with additional road expansion/construction programme and the Metro Express Project to ensure that scarce resources (public tax payer’s money) are judiciously and efficiently utilised.

Again, Mauritius envisions to become a High Income Economy with a per capita income of USD 12,000. This economic aspiration has been on the reform agenda of all succeeding Governments and, frankly speaking, is within the reach of the country. No Economist will deny it, this economic objective is laudable and every developing country aims at attaining this goal. As at present, the per capita GDP is at around USD 9,625, which itself demonstrates that Mauritius has the potential to join the High Income Economies. HOWEVER, it is crucial for Mauritius to attain a sustainable real growth rate of about 6 .0 per cent and also to initiate commendable measures to avoid the middleincome trap. Private investment which is posted at 12.3 per cent of Gross Domestic Product (GDP) would have to go up to nearly 25.0 per cent in real terms. Traditional sectors will have to be revamped and re-engineered.

Research and Development (R&D) is a main driver in accelerating the pace of growth, but so far R&D as a percentage of GDP has been very low, hardly reaching 1.0 per cent of GDP compared to other countries at the same level of development. A lot of efforts has to be done in this particular sector given that Mauritius has a very weak R&D, Innovation and Creative base. This will require a lot of political goodwill and in overhauling the whole education system. It is worth pointing out also that Mauritius is on the declining trend as per the indication from the Global Innovation Index, falling from 40th in 2014 to 75th in 2018. Outlook appears extremely pessimistic as to whether the current education reform will bring in the required level of R&D, taking on board the current status of the country’s tertiary education system.

Another worrying concern relates to measures with regard to stimulating the SMEs sector. It has been noted that on several occasions, a plethora of initiatives to enhance this sector was enunciated in various budgets as this sector is a major growth cylinder as its  contribution in GDP and job creation is highly significant and should therefore not be ignored and needs to be strengthened further. Yet it is believed that funding is not a major hurdle, nevertheless three key factors are strongly vital namely access to new technology, type and quality of products and exploring new market opportunities as the Mauritian market is very exiguous. Introducing it as a subject in the school curriculum is not the ideal solution as it demands specific skills, risks and capacity in the business field. People without academic education have done very well in the business field. Better outlook for the SME will be conditional to exploring new avenues as these will be determinant in ensuring that its share in GDP and as a potential source for job creation do not slack. In addition, the trade policy of the US President D.Trump will inevitably influence the course of future action in this area. The African market offers potential perspectives and further penetration, but all depend on the appropriate strategy whether as competitors or complementary partnership. The country’s economic diplomacy has to be revisited.

Concerning the Blue Economy which was assumed to become another main pillar of the economic diversification process, the budget proposes the setting up of an Ocean Economy Unit to be entrusted the responsibility of formulating a National Ocean Policy. We asked ourselves whether this is really worthwhile at this juncture as this should have been undertaken since long. It is understood also that several proposals have been made by a technical team with the support of appropriate Australian authorities. The World Bank was also supposed to bring in their technical inputs with the elaboration of a Master Plan on this sector “Making It Happen, Making It Last” but no concrete actions have materialized because of lack of leadership as the ministry of the Ocean Economy and Marine Resources is in a total mess. This ministry is mixing up issues, focusing merely on fisheries. Furthermore, a faculty was even set up at the University of Mauritius and budgetary provisions made to kickstart the project, but no serious study was conducted to evaluate its  real impact on the economy. The faculty has been a non-starter. We are still in doubt as regards the real contribution of the Mauritius Oceanography Institute to the economy so far.

As to the “passports-for-sale” policy, it is a copy paste of the earlier measures on permanent residentship replicating Malta or Cyprus, with no in-depth evaluation study as to their real impact at the national level. Another major cause of concern is related to Foreign Direct Investment (FDI) which, though, is on the increasing trend (from Rs 13.6 billion in 2016 to 17.5 billion in 2017), but as usual, non-productive sector namely Real Estates absorb the bulk of the total investment confirming the fears of “Une Île Maurice “bétonée”, which is not in line with the long-term vision of sustainable development.

The projected rate of unemployment at 7.1 per cent could also be explained. This is certainly not due to the creation of additional jobs but could be attributed to a set of factors such as the falling activity rate since 2015, declining from 60.4 per cent to 59.5 per cent in 2017 and is estimated to dip further to 58.8 this year, demographic trends- the ageing workforce and more people moving on retirement. Apart from the usual Skills Development Programme to address the issue of skills mismatch, no drastic policy measures have been proposed in view of creating meaningful employment.

On the social front, the budget does make provisions for a number of social measures but we all know the reasons behind as it needs to be perfumed in view of the forthcoming general election. Mais le peuple n’est pas dupe! But the real fact is the journey will be long just to score one goal  in realizing the Metro Express Project.

On the whole, the Budget  2018-2019 lacks aggressiveness and is not convincing at all and fails to provide the necessary dynamics to the economy and does not respond to the aspirations of the people. On dit que la planche de salut pour ce gouvernement, en nette perte de vitesse, est une alliance avec le MMM at any cost, which is more than ready to jump in this wagon of fools. In this position, the MMM will not be able to dictate its conditions as we are all aware that beggars cannot be choosers. It is even doubtful whether the MMM would bring in the required oxygen as  it is itself en chute libre.  Where angels fear to tread, fools rush in! 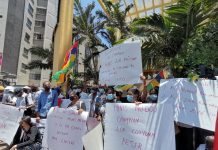 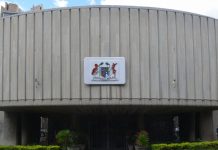 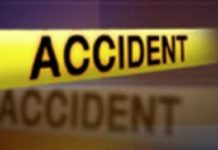 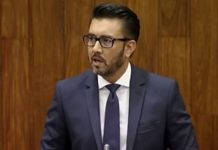