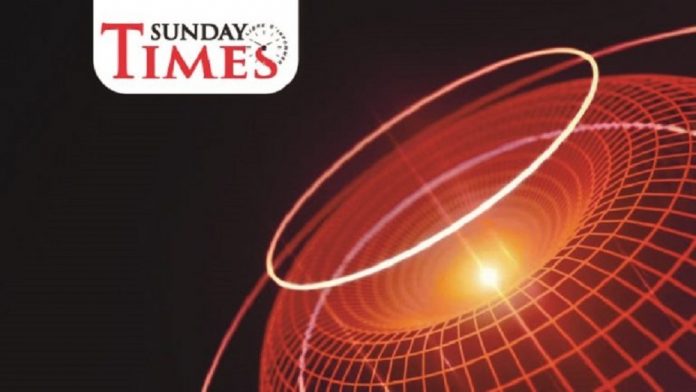 All religions agree that nature is an act of divinity and should be treated as such. Almost all religions address the issue of the creation of the universe in different forms and with varying degrees of clarity or details.  All Spiritual Leaders at all levels are critical to the success of the global solidarity for an ethical, moral and spiritual commitment to protect the environment and God’s creation. All the creations of God are a Divine work of art. They are all signs of God, indicative of the greatness, goodness, subtlety and wisdom of the Creator.

Islam approaches the Ecosystem and the environmental issues from a stewardship perspective. The earth is God’s creation, and as humans, we have been entrusted to preserve it. The responsibility of humanity is to protect and ensure the unity of the God’s creation. Islam condemns all forms of ‘Disorder’ (fasaad) on the planet earth. The Quran, regarded by Muslims as the sacred word of God, uses the Arabic word ‘fasaad’ to denote disorder, corruption, which connotes also damaging something, not letting it remain in its original or proper condition or disturbing its balance. It entails overturning the fine balance that God established in the environment as well; this process being driven principally by human greed. The environmental degradation and destructions are obviously something that all human beings, irrespective of religions, creeds and cultures must seek to oppose and overcome.

Several verses of the Quran support the protection of the environment, viz: –

Through the reckless pursuit of a consumerist lifestyle, based on mindless exploitation of the bounties of nature, many of us are actually deeply complicit in this destruction. The Quran clearly condemns this. This means that those who are responsible for the destruction of environmental degradation are also engaged in sin. Such sin can be called ‘ecological sin’.

Muslims are supposed to be the ‘Protector’ of the ecosystem. They should be those who engage in actions of protecting the creations of God. Working for the restoration of ecological balance and opposing efforts to destroy the environment are considered to be acts of goodness. And so, as ‘Protector’ of the environment, Muslims should be actively engaged in meaningful and constructive efforts to help improve the environment. This is part of faith, a part of their role as ‘Protector’ of the eco-system. The importance that Islam gives to respect for nature is also evident from the Islamic understanding of the role of human beings on this planet as ‘Trustees’ or ‘Guardians’. Hence, our relation to nature should be one of stewardship, not of mastery. We are only stewards, not owners of this planet. The sole Owner of this planet and everything it contains, is God, the Almighty.

Till not very long ago, some people advocated that human beings were Masters of Nature or Conquerors of Nature. Today, however, there is a growing awareness that we are simply trustees of nature and that it is our duty to protect it, not only for us humans but for all forms of life. Having been created by God, every single thing in the earth and in the skies and in between them is a sign of God. This means that all the components of our environment, be they on land, water or the air, are signs of God. They all point to God’s existence. Hence, protecting the environment and respecting it is as binding on us as is respecting and honouring the signs of God.

Therefore, the bounties of nature need to be used judiciously. Mindless use of these bounties has resulted in the environmental crisis that we are beset with today. Lavish lifestyles, unjust consumption, waste and extravagance are not compatible with true religiousness. Extravagant lifestyles, based on untrammeled greed, wasteful production and heedless consumption, are at the root of the current global ecological crisis.

According to the Quran, the opposite of ‘Disorders’ (fasaad)is ‘Islah’, which denotes maintaining a thing in its right condition and proper balance. Balance is one of the most crucial factors operating in Nature. To damage or destroy this natural balance, is to destroy oneself. In this respect, the Quran says: “He who transgresses God’s bounds wrongs his own soul.” 6:51. The destruction of one part of the environment will have repercussions for every component, including human beings. This is almost self-destruction, which is strictly prohibited in Islam, as in many other religious and spiritual traditions. The bounties that God blessed this planet with have an inherent balance. Even a slight change in Carbon Dioxide can lead to climate change. Whenever the balance in the elements occurs, there is pollution, chaos or disorder. Human beings’ extravagant misuse of Nature’s resources has resulted in widespread chaos, manifested in the ecological crisis that we are faced with.

The resources of this planet aren’t meant only for human beings. Rather, they are meant for all forms of life. This planet, with its many bounties, is our home while we live here. But it isn’t just for human beings that God created the earth. God prepared and created it for all living beings, for all life forms. The Quran says: “He has laid out the earth for His creatures.” 55:10

Whatever exists on Earth has been placed here in a measured quantity. The Quran tells us: “There is not a thing but its storehouses are with Us. But We only send down each thing in an appropriate measure” 15:21. These resources need to be distributed in an equitable manner. Since justice, balance and equity are the main planks of the Islamic system, Islam asks believers to treat all-natural resources with the same spirit. The Quran declares without any ambiguity that God has created whatever is in the Earth for everyone: “It is He who created everything on the earth for you.” 2:29.

Often extravagance in consumption leads to imbalance in nature. Islam links Extravagance (Israf) to chaos, disorder, imbalance and mischief in society and forbids it. It declares that the extravagant are corrupters of society and spoilers of social order and harmony. It forbids people from following such people or system. Thus, it says, “…do not obey the bidding of those who are given to excesses, those who spread corruption in the land instead of putting things right” 26:151-52. The resources of Nature that God has created need to be used judiciously. Extravagant and mindless use of these resources has resulted in the environmental crisis that we are beset with today. Islam does not approve of a lavish lifestyle, of unjust consumption of resources, of a wasteful attitude and extravagance. Thus, for instance, the Quran says: “O Children of Adam, dress yourself properly whenever you are at worship: and eat and drink but do not be wasteful: God does not like wasteful people.” 7:31.

The Quran further states: “You are indeed the best community that has ever been brought forth for the good of mankind. You enjoin what is good, and forbid what is evil, and you believe in God.” 3:110

Hence, we are expected to engage in virtuous or pious actions that draw people closer to God. And so, they must also engage in the virtuous action of working to oppose ‘disorders’ that cause environmental degradation, instead of helping promote and preserve environmental balance. We must broaden our conventional understanding of virtuous actions to include such actions as planting trees, looking after them, joining movements for the protection of greenery or promoting a minimalistic lifestyle. Furthermore, encouraging the promotion of the use of solar energy to replace the use of diesel or petrol, engaging in clean-up drives in residential localities, saying ‘No!’ to plastic where possible, protecting disappearing animal and bird species, avoiding foods painted with chemical colours, and so on are all laudable actions to prevent the worsening of the crisis. Religious Leaders could considerably lengthen this list of eco-friendly virtuous actions which we can do in our own individual capacity. Some of these may appear to be ‘small’ or ‘ordinary’ steps. But, on the Day of Judgment, when we appear before God, even our smallest good deed will be presented magnified before us, just as will our smallest misdeed. 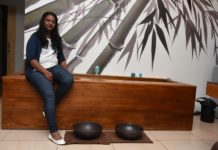 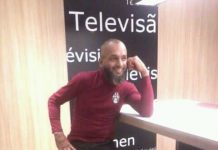 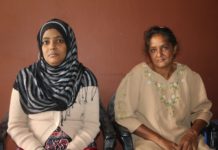 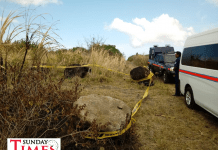