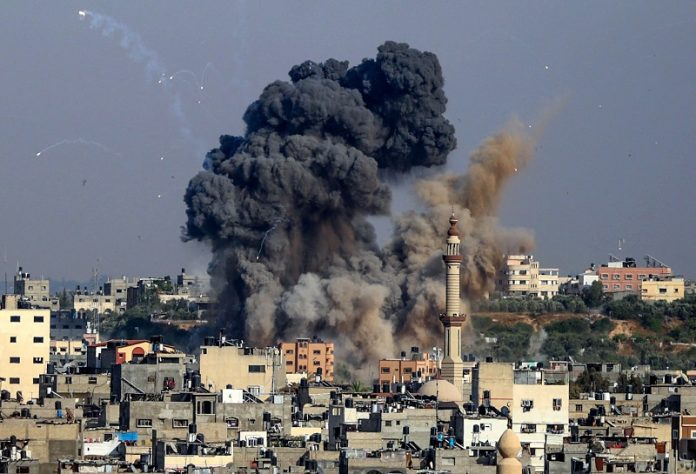 Prime Minister Netanyahu frustration and his revenge on Hamas in Gaza have utterly failed. Now that the intense bombardment on Gaza by Israeli military has ended (or suspended) and Hamas has also suspended its rocket fire on Israel, diplomacy is trying to take over to ensure that the truce between Israel and Hamas is consolidated to enable the protagonists of the Israel/Palestine conflict to take stock of the situation and try to start the stalled peace process.

Palestinians have a legitimate right to live in peace in the land they have lived in for centuries. However, the colonialist Zionist enterprise has deprived them of their basic human rights, has been confiscating their land, expelling them from their homes to make way for Jews born in America, Europe and elsewhere.

Israel has set up an apartheid system against the native Palestinian Arabs. Israeli laws protect the Jews only. The non-Jewish population has no legal protection. And Israel prides itself as being the only democracy in the region!!

Hamas like the Phoenix remerges from its ashes stronger and more resolute and always ready to defy the 4th most powerful army in the world. The latest conflict between Israel and Hamas over 11 days from 10/5 to 21/5 resulted in more than 250 Palestinian deaths including more than 70 children, thousands wounded and more than 1000 buildings destroyed.

Crippling infrastructure, essential services, cutting off essential supplies to the besieged strip by the over powerful Israel army.

Gaza strip has been described as the largest open prison, housing 2 million Palestinians. Israel has Gaza under siege by land, sea and air. The only crossing with Egypt the Rafah border crossing is mostly closed.

Hamas is the bad boy not only to Israel, but to Egypt, most of the Arab countries and the western world.

Founded in 1950’s is an Islamic Movement for Resistance against occupation. It is a branch of Egypt’s Muslim Brotherhood Movement. Its main objective is to liberate all occupied Arab land by struggle. In opposition to PLO of Yasser Arafat which favored negotiation and compromise to obtain a land (even truncated) for Palestinians. In 1974 when Yasser Arafat addressed the UN General Assembly he sent a clear signal that he was prepared to negotiate a peaceful settlement. The Israelis got alarmed that Arafat was gaining not only popular support among the Palestinians but international support as well, and sought to cut the grass under his feet.

The Israelis promoted Hamas to counteract the PLO. The classic colonial style of divide and rule policy. With the benefit of hindsight, they must have been regretting their bet. It was Israel which covertly supported Hamas in 1987.Hamas gained popularity with a network of mosques and charitable organisations. But their objectives never changed. Israel was not able to control the “beast” it has helped to grow.

November 2005: Israel was forced to evacuate Gaza under incessant attacks from Hamas.

January 2007: Hamas forces Fatah out of Gaza in a bloody struggle.

While Hamas gained in status and popularity winning overall majority seats in Palestinian legislative elections in January 2006, Israel started to try to undo what it did. Israel jailed most of the elected Hamas parliamentarians to give Fatah of PLO parliamentary majority.

In so doing the PLO/Israel collusion was exposed and Hamas became the victim and the hero in the eyes of the Palestinians, while PLO/Fatah has been sliding into oblivion.

Although it has been declared as a terrorist organization Israel has been forced to recognize Hamas and to sign truce with it.

Why Netanyahu is frustrated

The Israeli Prime Minister, a staunch Zionist, has during his various mandates failed to provide security to the Israeli people. His policy of hitting the Palestinians harder and harder every time has not yielded the required outcome. While he has been able to silence the PLO, Hamas has been defying him. Hamas and the people of Gaza are paying a terrible price in their struggle for their basic rights. The regular campaigns of bombings: 2006, 2009, 2012, 2014, 2021 …..(?) have not brought Hamas under his dictats.

Netanyahu is also frustrated because his policy to divide the Arab world is falling apart. Iran is re-emerging as an important player and it’s most likely an agreement will be reached with America on the nuclear issue.

Arab countries like Saudi Arabia and the UAE are renewing their contracts with Iran. Netanyahu is also frustrated as he has fought four non-conclusive elections in 2 years and seeing his popularity sliding. He has been indicted on charges of breach of trust, bribery and fraud. Netanyahu is frustrated as Israel is losing the media war. The image of Israel has taken a terrible blow as his policy of disproportionate response has turned not only world public opinion against him, but even Zionists within Israel and beyond are increasingly decrying his method.

What triggered the last Hamas/Israel conflict?

According to the New York Times before Hamas fired its first rockets, it had warned Israel to stop its provocations on the Temple of the Mount and the Al Aqsa Mosque.

On the 13th April, that is the first day of the month of Ramadan, Israel police raided the Al Aqsa mosque and cut off cables to the mosque’s loudspeakers. They also closed the Damascus gate to the old city of Jerusalem, where usually Palestinians gather after breaking their fasts to socialize.

On 10th May, three days before Eid, Hamas called on Israel to lift its siege on Al Aqsa. Israel ignored the warnings.

On 11th May, Hamas fired a salvo of rockets towards Israel.

Israel chose to escalate, so Hamas fired crude rockets on Israel, and managed to hit the outskirts of Tel Aviv. The main mission of the Israeli air force was to bomb the sites of the rocket launches. They failed in their mission. Hamas fired another salvo of rockets while the Israel cabinet was examining the Egyptian brokered truce.

Hamas has demonstrated that peace cannot be achieved by use of force, irrespective of the fact that Israel uses all its might.

They are currently occupying nearly 90% of Palestine, so their goal of 100% is not far. They have powerful friends to back them. Why should they negotiate? They are always prepared to defy the United Nations Organisation. Such is their mindset unfortunately. 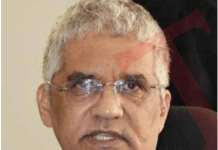 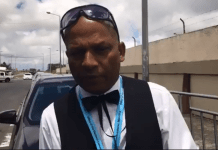 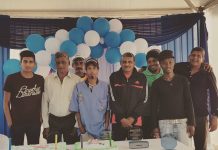 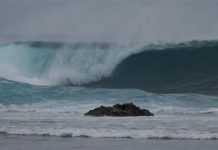 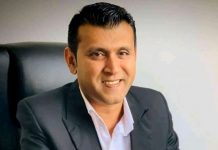