If we recalled, the Labour party has scratched the surface of fame and glory only a little bit in this recent by-election in Constituency No 18 (Belle-Rose/Quatre-Bornes. But does that victory give them the right to assume that they will be victorious also over the MSM/ML government in the future general elections? Well, this is what Harold Wilson, an ex-British PM once said that a week in politics is too long as anything could happen!  The MSM/ML government won the 2014 general elections by default, but if the Labour party won the next general elections, it won’t be by default but by tradition.

The Jugnauth government is declining ‘à la quatrieme vitesse” and could lose the next general elections because of the catalogue of scandals that have affected the MSM especially scandal about the indecent sex exhibition on the IT-NET work by an ex-PPS which is considered as the mother of all scandals where 90% population, mostly women feel disgusted. Perhaps it is why the MSM did not put a candidate to participate in this by-election of Constituency No 18 for fear of defeat and humiliation. The Jugnauths know that the ground is starting to collapse under their feet as long as people like Tarolah, Soodhun, Teeluckdharry, Gayan, and Jaunbaccus are still forming part of the government. Even Mme Dookun, the actual Minister of Education has completely failed in her duty to deliver the goods which was expected from her by the population especially the students. So Mme Dookun has to go too due to her incompetency.

Four years have nearly gone, and yet the prognostics on political parties of the MSM/ML government look gloom and doom. The die is already cast, no matter what good actions this government intend to do or is doing, people have had enough on the many good for nothing politicians who are still kicking about within this government where no sanctions have been taken against them by the PM, who himself is subject to a court case before the Privy Council.

The PM has done certain good jobs recently and is adamant to develop the economy, and other infrastructure across the country. But he completely failed in many of his wishful projects as people have completely lost trust and confidence in many parliamentarians of the majority of the like Soodhun mostly and others. Whatever the little progress the government is doing, this is only regarded as a capitalist development. So, they have failed and fail completely and consequently this could give way for a Labour revival.

The whole population is disgusted with the dillying-dallying attitude of the PM on the recommendation of the President of the Commission of Inquiry, Paul Lam shang Leen concerning those barristers who were involved with prisoners for drug convictions in prisons. This is a test case for the PM either to act upon the recommendations of Lam Shang Leen or to face the music.

All these scandals pose a great disadvantage for this government. This disadvantage does not make Labour party better than the MSM. We all know under what circumstance, Boolell was chosen by Ramgoolam to be a candidate in constituency No 18. Ramgoolam should not shout victory too quick and must not compare a by-election with a general election.

Let us not forget that Labour party too has got lots of sacrifices to do by getting rid of certain “poid lourds” of the types of Faugoo, Seetaram, Jeetah, and Juggoo. This reminds me of two good comments made firstly by a political observer and secondly by another journalist on their analysis of the by-election in Quatre Bornes/ Belle-Rose. This is what the political observer,Daniel Assy had to say in L’Express dated 3rd January, 2018 “ Arvin BoolellL et le Parti Travailliste (PTR) jubilant devant la “victoire” du premier nommé ā la partielle au No 18 (Belle-Rose-Quatre Bornes). Y a-t-il de quoi pavoiser quand on sait que la victoire en question a été obtenue uniquement grace aux votes de seulement 35,11% des votants”

As for Ahmad Macky, an International Federation Journalist, this is what he wrote in Le Mauricien dated the 29th December, 2017: “The questions one needs to ask: why did Ramgoolam choose Boolell for this Constituency No 18 in the first place? Was there a hidden agenda on the part of Ramgoolam for this choice? Why did he not have the guts to be a candidate himself? Let us not forget that there has been a sort of cold war between Boolell and Ramgoolam over the leadership of the Labour party for quite some time now.”

The government seems to be over confident to stay in power over the next general elections, whereas the Labour party reckons that things are getting better for them to achieve victory. Today Labour party needs to sort out their problem over the leadership once for all and unite their members if they are contemplating a labour revival.

Reza Uteem : “Is it easier to hire and fire?” 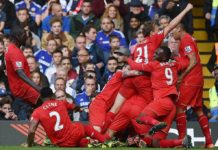 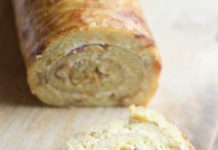 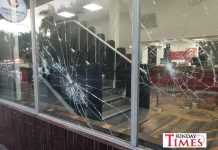 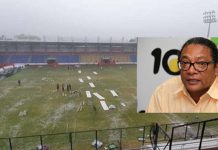